From India to Canada: Zoho finds the ideal mix of talent, market access and quality of life in Cornwall, Ontario

India-based Zoho Corporation has set up its first Canadian location and has found a new home in Ontario.

When the time was right to expand into Canada, this multinational technology company that makes cloud- and web-based software as a service chose to build in the talent- and culture-rich community of Cornwall.

We wanted to take our jobs to where the talent is.

In the fall of 2022, this IT giant joined the growing number of Indian IT firms that have expanded in Ontario in recent years, including Infosys, HCL and Tata Consultancy Services.

Zoho believes in global expansion that builds on the talent and culture of local communities.

“We wanted to take our jobs to where the talent is,” explains Chandrashekar LSP, managing director in Canada for Zoho.

We are thinking about building out as a hub-and-spoke model, with small teams in other cities. But the hub—the heart of our operation—will be in Cornwall.

This belief underlies a business case that draws a direct line between the value of happy, talented workers and the success of an enterprise. Employees who can work in communities where they have ties to family and friends and where they enjoy a great standard of living are more likely to stay and contribute meaningfully to the business, says Chandrashekar.

But finding the right community is critical, he adds. For Zoho’s Canadian expansion, Cornwall was unquestionably the right choice.

Easy access to Canada, the United States and the world

Ontario’s easternmost city, Cornwall, sits next to the French-speaking Canadian province of Quebec and right above the American state of New York.

“It’s a 20-minute drive from New York,” points out Chandrashekar. “Having easy access to the U.S. is a big bonus for us.”

As a multinational company with a national strategy in Canada, Zoho also values proximity to major airports with domestic and international routes. Cornwall is just a one-hour drive from two international airports: one in Canada’s capital city of Ottawa, Ontario and another in Montréal, Quebec.

Cornwall’s location along Highway 401—the longest and one of the widest freeways in Canada—and quick access to the Canadian National Rail network also provide greater ease of movement for people and product.

“We need to be mobile and be able to travel across Canada and internationally,” says Chandrashekar.

When the company started planning its expansion into Canada, it knew it needed to hire workers with a good understanding of information technology and who could speak, read and write in English and French, the country’s two official languages. 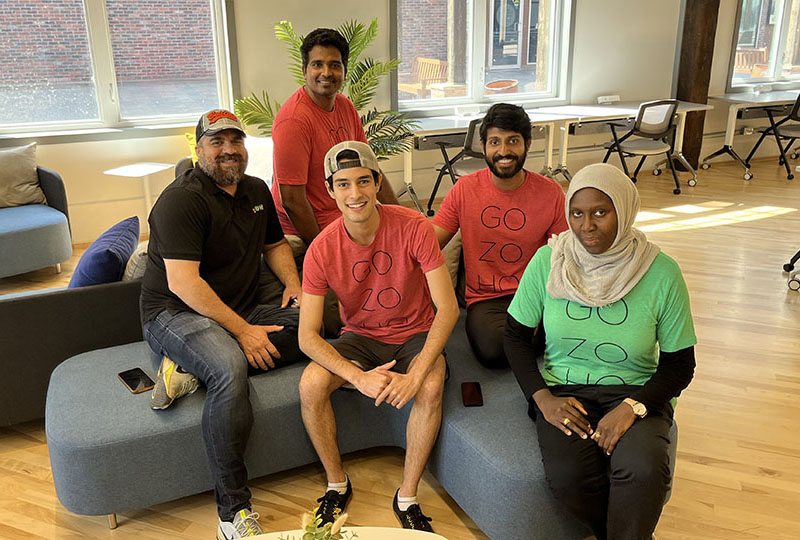 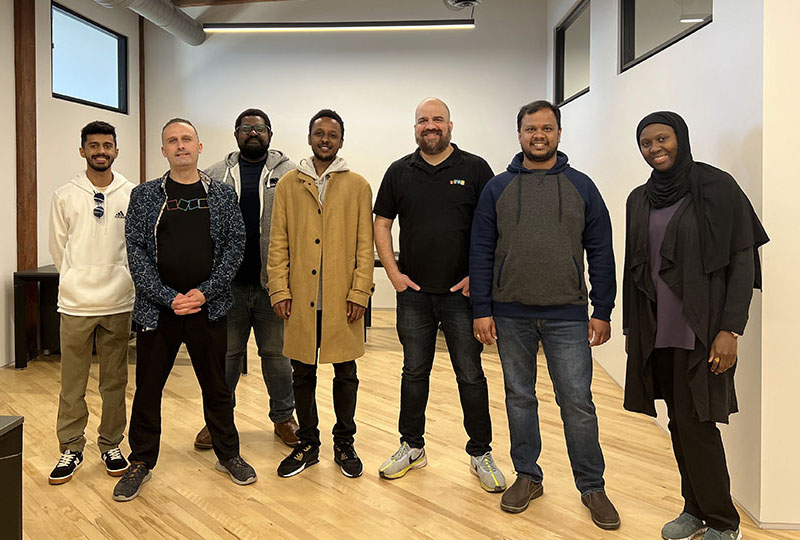 Cornwall stood out immediately. Nearly four in 10 of its residents are familiar with both English and French, and when it comes to finding knowledgeable workers, Zoho has a vast pool of talent from which to choose. Cornwall is surrounded by world-class post-secondary schools that include the University of Ottawa, Carleton University, St. Lawrence College and Algonquin College.

And the talent pool isn’t just limited to the Cornwall area. The province is home to 48% of Canada’s IT workers and boasts a higher-education attainment rate of 71%—higher than any OECD country.

Affordable, community-centric and a great place to live

As a place to live, Cornwall has much to offer, including housing that’s affordable. When Zoho started to explore Cornwall as the potential site for its first Canadian office, it found that the city had a relatively low cost of living, said Chandrashekar.

A feature that’s hard to miss is the city’s waterfront along the St. Lawrence River, where residents can go boating, fishing and engage in water sports. About 75 kilometres of bike trails run along the waterfront, which also features baseball fields and a golf and country club.

“It’s a very community-centric place—with plenty of families and a lot of family-run business—which I think enhances people’s quality of life,” says Chandrashekar. “And like the rest of Ontario, Cornwall is culturally rich and diverse, with different kinds of food and different languages spoken. The educational institutions in the area have attracted a lot of international students. It’s a very vibrant and interesting place, and we’re excited to build here.”

As Zoho grows in Canada, it will likely set up other offices in Ontario and other provinces. When that happens, Cornwall will become the company’s main office in Canada, says Chandrashekar.

“We are thinking about building out as a hub-and-spoke model, with small teams in other cities,” he says. “But the hub—the heart of our operation—will be in Cornwall.”

Discover more reasons to invest in the IT ecosystem of Ontario.

With support from the province, GM Canada has transformed its CAMI manufacturing plant into an all-EV manufacturing facility, the first of its kind in Canada....
Read more - Canada’s First All-Electric Vehicle Manufacturing Facility Opens in Ontario

Since supply chain disruptions caused by the pandemic and U.S.–China trade war, Korea has been working with Canada to source core raw materials for EV batteries....
Read more - Inflation Reduction Act and its impact on Korean automotive investment in Ontario