The sixth edition of the biennial fDi 2021-22 Americas Cities of the Future report has been released, and Ontario cities have once again earned high rankings, reflecting the province’s rising stature as an international centre of investment, commerce, trade, development and innovation.

To create the 2021-22 report, fDi Intelligence, a division of the Financial Times, ranked 421 locations across the Americas in five categories: economic potential, business friendliness, human capital and lifestyle, and connectivity in major, large, mid-size and small cities.

Ontario cities were featured prominently on the list, thanks to a diverse economy, a skilled workforce, an unparalleled quality of life and low corporate tax rates.

With a supportive government and leading post-secondary institutions, Ontario cities can easily rise to the challenges presented by the ever-evolving world of international business—today, tomorrow and well into the future.

The rankings, as listed by category:

As the financial and business centre of both Ontario and the country, Toronto has historically had a strong presence on the Cities of the Future list—and this year is no different. The city dominated the major cities category, edging out cities like San Francisco, Chicago, Boston and Houston for the 2nd spot overall.

Ontario’s mid-sized cities were also well-represented. Mississauga has again earned the top spot in the overall category, thanks to its commitment to expanding cleantech, advanced manufacturing, life sciences, finance and information technology sectors.

Mississauga was followed closely by Hamilton in 2nd place. As home to one of the leading life sciences and research institutions, a state-of-the-art research park and the 9th-largest regional economy in Canada, Hamilton is a city that is firmly facing the future.

Brampton came in at a respectable 6th place. With its diverse population, rapidly expanding transit network and focus on building assets to attract global investment, Canada’s 9th-largest city is an attractive place to do business.

Of the small cities, Waterloo ranked 5th overall—thanks largely to its status as a tech hub and home of the world-renowned University of Waterloo and its close proximity to other major Ontario business hubs like Toronto and London. 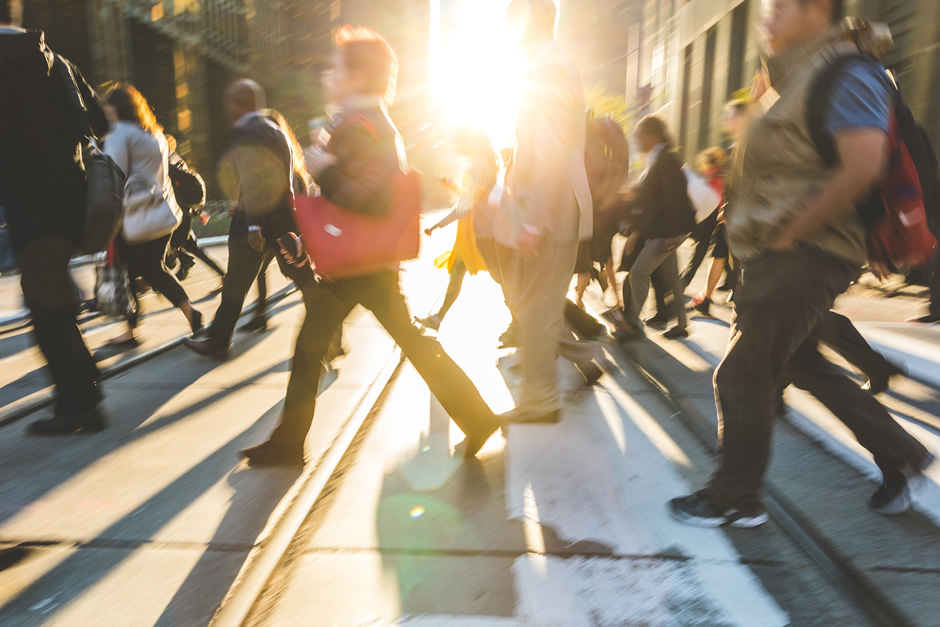 While the current economic state of a city is an important factor to consider, so is its economic potential. Opportunities for economic growth and development are imperative to starting or expanding a business, and companies that look to the future are perfectly situated to identify the untapped resources a city may have to offer.

This category is measured through GDP, growth forecasts, inflation, unemployment and FDI figures.

Toronto came in 2nd in the economic potential category, with many well-established sectors in the city and numerous opportunities for companies looking to expand. Recently named the fastest-growing North American city by Ryerson University’s Centre for Urban Research and Land Development, Toronto has ample room to grow.

Mississauga came in 2nd for economic potential in its size category. From tech to manufacturing to research and development, the city offers resources such as top talent and an ever-expanding infrastructure, ensuring that its economic potential is limitless. 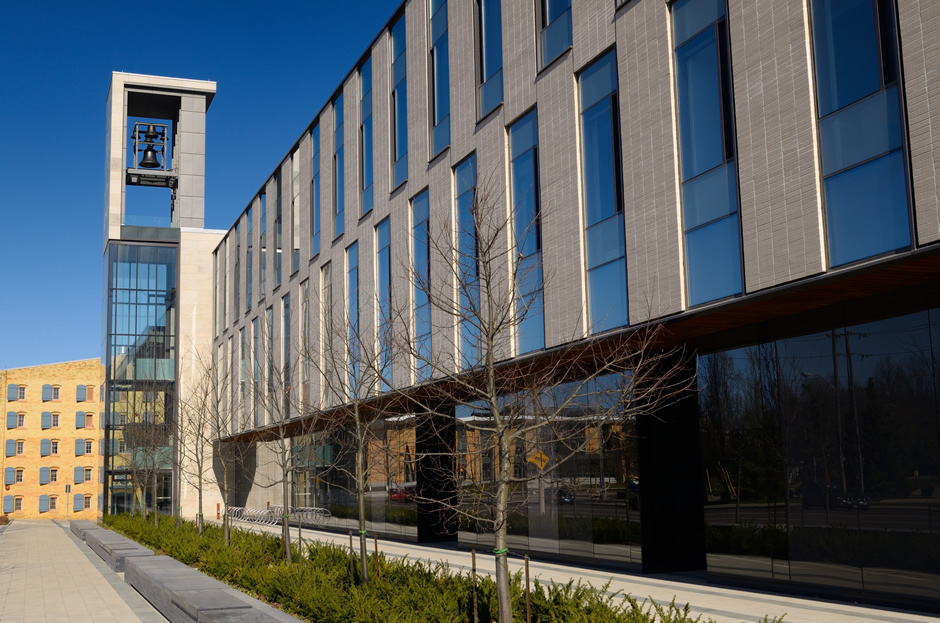 Low tax rates, strong startup support and a transparent government that works with businesses to cut through the red tape are elements that remove roadblocks for business growth.

Toronto ranked 2nd in business friendliness, a testament to the many resources and opportunities available in the city to both new and established businesses. Toronto and the surrounding Greater Toronto Area generate more than $310 billion each year, accounting for approximately 19% of Canada’s GDP. More than a third of the biggest 800 corporations in the country have chosen to make their headquarters in Ontario, and two-thirds of those businesses are in Toronto—including Canada’s largest financial institutions.

Out of the small cities ranked, Waterloo came 4th. Its fertile ground for cultivating businesses and talent in STEM sectors, low unemployment rates and presence of major employers has earned the city its spot on the list. 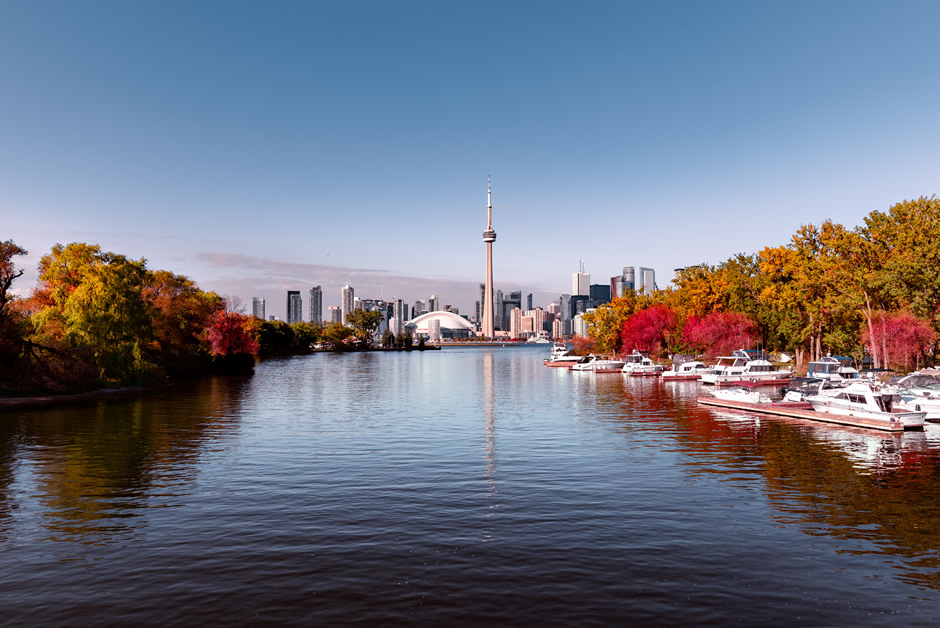 More than anything, a company is the sum of the people who contribute to its success.

The human capital and lifestyle category is measured through indicators such as access to universities, the skillsets of graduates, ease of finding skilled employees, the Social Progress Index and the Human Capital Index.

Waterloo took the top spot in the human capital and lifestyle category for small cities, which comes as no surprise. Waterloo has flourished into a mighty tech hub, proving that a small city can yield big business. Thanks to the University of Waterloo, the knowledge-rich talent pool is constantly renewed. The university’s graduates are also the second-most frequently hired by Silicon Valley employers. 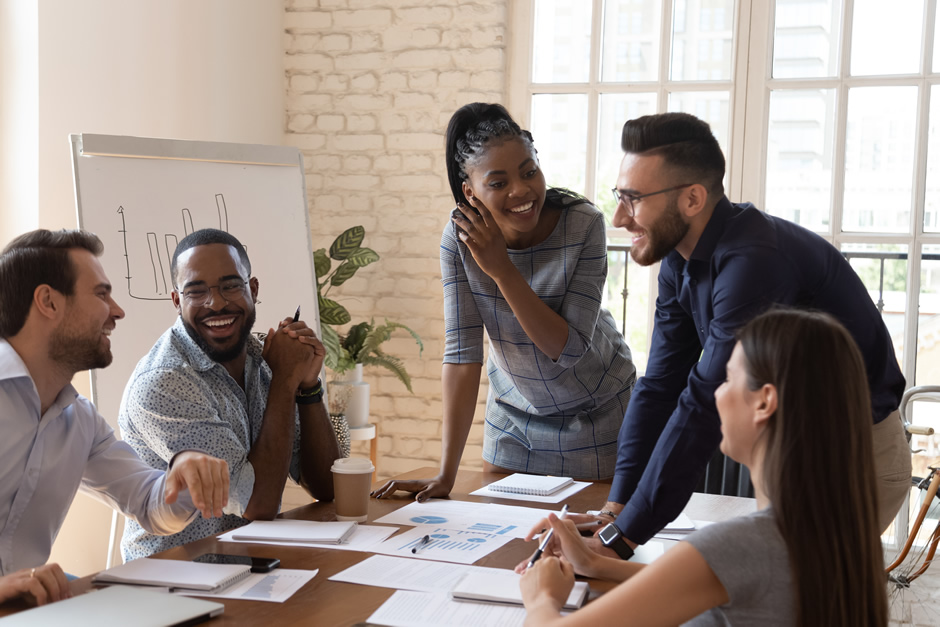 While connectivity has always been a driving force in business, it has become a business imperative in our increasingly digitized world—playing a significant role in growing and spreading business opportunities.

Connectivity was measured through indicators that cover both information and communications technology as well as transport infrastructure.

Toronto’s 6th spot in the connectivity category is no surprise. The city’s connectivity is unmatched, with Canada’s largest international airport, a comprehensive railway system, a massive network of highways and top-rated digital infrastructures.

Hamilton came in 1st out of the mid-sized cities, with Mississauga earning 2nd place. Hamilton distinguishes itself in the connectivity category as a transportation hub for the goods movement industry. Its prime location offers access to an international airport, the Port of Hamilton and easy access to national railway lines, commuter trains and highways. London, Ontario ranked 7th.

With recognition in North American tech talent acceleration, business facilities leadership, international FDI confidence and more, there are numerous reasons why you should invest in Ontario.

Autonomous Driving in Adverse Conditions – WinTOR for short -- which aims to teach self-driving cars how to handle whatever winter throws their way.
Read more - University of Toronto AV researchers take on winter

Since launching in Ontario, Swoop Canada has struck a chord, building up its Canadian client base to over 500 companies, and is looking at tripling its team within 12 months. “…
Read more - Irish fintech startup Swoop has landed in Ontario's flourishing entrepreneurial ecosystem

Knowledge is power, but many companies have historically known very little about their customers—at least until data analytics companies like EQ Works came along.
Read more - EQ Works is revolutionizing how companies understand their customers from its “home base” in Toronto

Waabi: leading the way to a self-driving future

On choosing Toronto, Ontario, thanks to its deep talent pool, good investment environment and diversity
Read more - Waabi: leading the way to a self-driving future

Electrovaya: powering the way to a cleaner, greener future

For trailblazing Electrovaya, Ontario provides exceptional talent and access to markets that will help to keep the company at the forefront of lithium-ion battery development…
Read more - Electrovaya: powering the way to a cleaner, greener future