...People, clients, investors, cost base—you put all those things together, I think that [in] Toronto, Ontario, we’re in a great spot.

Knowledge is power, but many companies have historically known very little about their customers—at least until data analytics companies like EQ Works came along.

The Toronto-based, publicly traded company had the vision in 2013 to help its clients make better strategic decisions by using data analytics and artificial intelligence to gather as much useful information as possible. Crucially, EQ Works also made sure to treat all its data with privacy in mind.

And it has paid off, with EQ Works landing massive clients such as Amazon Prime, Audi, Bell, GM, LCBO, Subway and Walmart.

“What we’re doing right now is definitely in a leadership position in Canada,” said EQ Works CEO Geoffrey Rotstein. “The tools that we’ve built, the data sets that we’ve been able to ingest and organize and analyze….We’re absolutely pushing the envelope in [terms of] where businesses are going.”

EQ Works’ moment of inspiration came when it was helping a client with marketing, but they didn’t know much about who they were marketing to.

“The team went back and did some analysis, and they said, ‘You know, the difference between a good and a great [campaign] is the amount of data that we’ve got,’” Rotstein said.

EQ Works started directing its clients to more ways to find out about their customer’s behaviour, including utilizing a better CRM system, integrating their POS information and sending out voluntary surveys.

“And then we go back to these clients and say, ‘How’s it going?’ And they’d say, ‘Great, we have all this data now,’” Rotstein recalled. “And we say, ‘Great, what’s your strategy to execute on this data?’ And then they go glossy-eyed. Then they’d start sweating. ‘Well, we don’t have a strategy.’”

“So, we then started looking and saying, ‘this is where we can help,’” the CEO added. 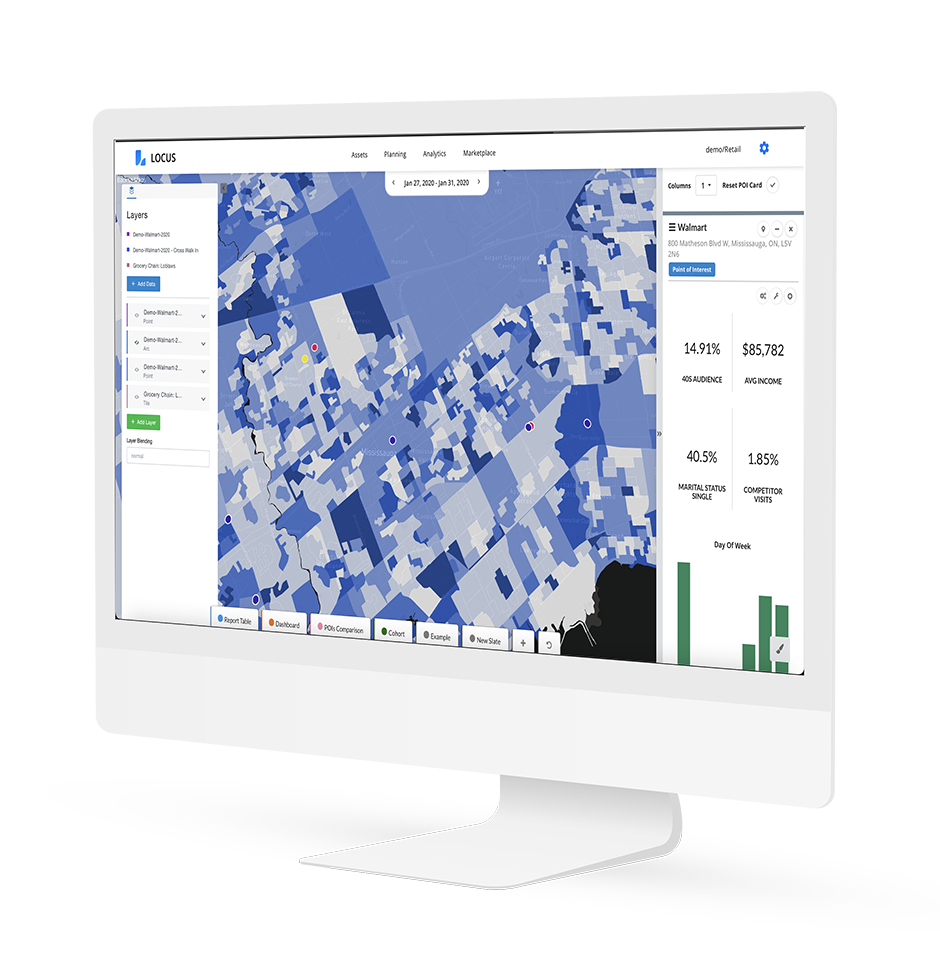 Together, these tools allowed EQ Works to enrich the data companies already had to give them a competitive advantage. For instance, a grocery store chain wondering why one franchise is profiting more than another could look at location behaviour and see that customers are going to a competitor that’s closer. Then, that chain could add a new franchise to fill the geographic gap.

“We help companies utilize their data [and] enriched with our proprietary data and third-party datasets, to understand more about their customers, which allows them to make better and more strategic decisions for all facets of their business,” Rotstein explained.

Meanwhile, more and more companies have realized the importance of data when marketing—that it’s gathered anonymously.

“Data has become way more topical, both in a good way and a bad way, over the last number of years,” says Rotstein, “and that’s why when we think about data, it’s very much about how it can be anonymized and aggregated to give businesses and people the benefit and the insights without in any way infringing on any personal information or any privacy issues that might come into play.”

As a result, EQ Works has become an industry leader.

“There are some big companies in the U.S. who are doing parts of what we do, but in the Canadian marketplace right now, there’s very few that have the expertise that we’ve got, or the tools that we’ve built in order to make this stuff work,” said the CEO.

Rotstein said one of the biggest keys to EQ Works’ success has been its location—Toronto, Ontario, where it gains talent from nearby incubators, Lighthouse Labs and universities including the University of Waterloo to expand its workforce, which now counts more than 65.

“You’re not going to find a safer spot, especially with the world these days in terms of just the geopolitical footprint,” Rotstein added, echoing the Economist Intelligence Unit’s 2021 Safe Cities Index that ranked Toronto as the second safest city on Earth.

“…People, clients, investors, cost base—you put all those things together, I think that [in] Toronto, Ontario, we’re in a great spot,” he said.

As EQ Works continues to grow, expanding across Canada and the United States, Rotstein said they have no desire to move their primary operations any place else.

“We’re happy to be here,” he said. “We would love nothing more than to say, ‘this is our home base, and we’re going to expand through North America, but we’re going to be centred in Toronto.’”

Introducing the Waabi Driver: the next generation of autonomous trucking tech