If you have the choice between Berkeley or Stanford or wherever and Waterloo can give you just the same quality for a fraction of the price, it’s a great place to do business.

Arctic Wolf has reached a $1.3-billion valuation, and it all started from a kitchen in Waterloo, Ontario

Virtually every business today uses some form of cybersecurity, usually in the form of paid software and tools that cost hundreds of thousands per year to deploy.

Yet, we still hear about breaches in the news all the time, potentially devastating companies. According to a 2018 study, 60 per cent of small businesses fold within six months of a cyberattack.

Research investment is a major component in Arctic Wolf’s ability to stay ahead of cyber threats, and Waterloo, Ontario was the ideal place to set up shop for their R&D operations.

Arctic Wolf is among the fastest-growing companies in North America. They reached prolific unicorn status in October 2020 with a $1.3-billion valuation. But in 2012, Arctic Wolf was simply an idea floated between longtime colleagues in Waterloo, Ontario.

“What I remember definitively is flying to Kitchener and sitting around Kim [Tremblay]’s kitchen island a couple of different times, and we just brainstormed a bunch of ideas,” said Arctic Wolf co-founder and CEO Brian NeSmith.

The startup ideas hovered around cybersecurity, something they had the foreshadowing to think would become increasingly critical in an ever more online world. But NeSmith and co-founder Tremblay wanted an idea that would really stick.

“I personally wasn’t as interested in doing a company that would roll up into another company,” NeSmith said. “Both Kim and I were like: let’s build something that’s a legacy.”

But in their first years, Arctic Wolf struggled to gain traction. Around their third round of investor funding, NeSmith says the company was a month and a half from running out of money.

“We were probably 18 months to two years too early,” NeSmith said of the company’s early struggles.

But things were about to turn around for Arctic Wolf. 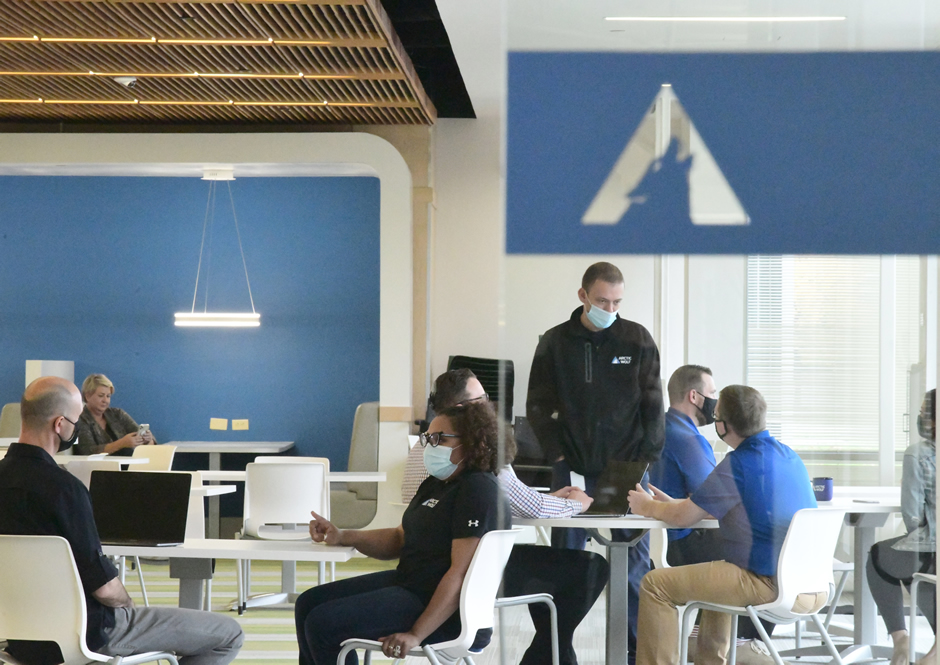 “Security has often been a pain point or a great unknown for people,” said Dan Deeth, Arctic Wolf’s head of communications. “It’s still a very complex topic and a technical topic, but we’re the people that are hoping to make it easier and obtainable for people.”

And they are working hard to do just that.

Arctic Wolf boasts a team of experts working 24 hours a day to monitor for any threats that may affect their client base. “You can go to sleep at night if you’re an IT director,” said Deeth.

The company also offers a “concierge” of two experts to work with businesses and make sure they’re proactively doing everything possible to stay secure.

When a massive ransomware attack hit 16 U.K. hospitals in 2017, sending the system into disarray and with doctors unable to access basic medical records for their patients, NeSmith says businesses could no longer ignore Arctic Wolf’s comprehensive cybersecurity service.

“The idea that that can happen made the risk factors for not doing the proper cybersecurity much, much higher,” he said. “And I honestly think that was the catalytic event that kind of started the transition of people needing what we were doing as a service.”

While Arctic Wolf has a Minnesota office, its heart is in Ontario—half of its staff and its entire research and development operations are based in the Kitchener-Waterloo region. And the company is continuing to grow its Ontario base with plans to open a Toronto office later this year.

Deeth says the huge talent pool of bright local engineers—including graduates from top universities like Waterloo, Western, McMaster, and the University of Toronto—is the leading factor for why Arctic Wolf has been so successful.

“To build the best product, you need to have the best people,” he said.

And it helps when employees cost a fraction of what they do in Silicon Valley, where salaries for an equivalent level of expertise tend to be much higher than anywhere else.

“If you have the choice between Berkeley or Stanford or wherever and Waterloo can give you just the same quality right in your own backyard, it’s a no brainer, it’s a great place to do business,” Deeth added.

Outside of work, Deeth says Waterloo offers the perfect sweet spot of a supportive tech community coupled with proximity to terrific culture.

“If you want to go see a baseball game or you want to go see a play, you can see world-class entertainment essentially 45 minutes away from the downtown of a top-five city in North America,” he said. “But I can come back here and have access to a wonderfully close-knit community.”

Being based in Waterloo has been beneficial from a retention standpoint, too. “The people of Waterloo, when they work for you, are very loyal,” Tremblay said. Some of the same staff who started in the first years of the company are still there.

Tremblay says she still can’t get her head around why investors and customers didn’t see the promise of Arctic Wolf in its early days. But after the company hit its fourth round of investor funding in March 2020, sales started to turn the corner and didn’t look back. 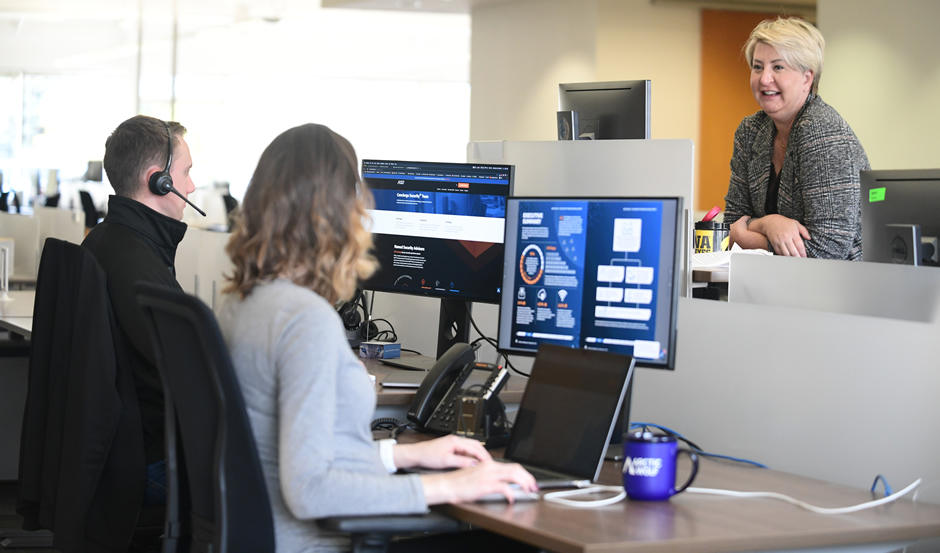 “It was very, very exciting when it happened for everybody,” Tremblay said, adding that strangers started approaching her to offer their congratulations in Waterloo’s close-knit tech community.

The first wave of the pandemic threatened to derail Arctic Wolf’s ascension, but as working from home made cybersecurity more essential than ever, sales continued to grow. By the summer of 2020, Arctic Wolf hit unicorn status with its most recent round of funding, and NeSmith realized all the hard work and patience had paid off.

“We’re definitely the belle of the ball,” he said. “We don’t have trouble getting meetings with anybody.”

Arctic Wolf is leading the pack (pun intended) not just in Canada, but globally. And their success continues to grow. The company has been acquiring other startups, including those specializing in machine learning, and plans to further expand internationally before entering the public market in the next couple of years.

The legacy company that NeSmith and Tremblay dreamed of building while in an Ontario kitchen has finally come to maturity.

“I can say with some satisfaction, and I think Kim probably feels the same way, that we’re not done,” NeSmith said. “What’s been built is going to probably go well past and may even survive us.”